WinRed has successfully established itself as the major fundraising arm for the Republican party. As a result of the hard work from GOP leadership and President Donald Trump, we’re excited to announce that WinRed has raised $101 million in our first 190 days since launching!

This milestone is no small feat and WinRed has accomplished in two quarters, a task which took ActBlue 5 years to raise. 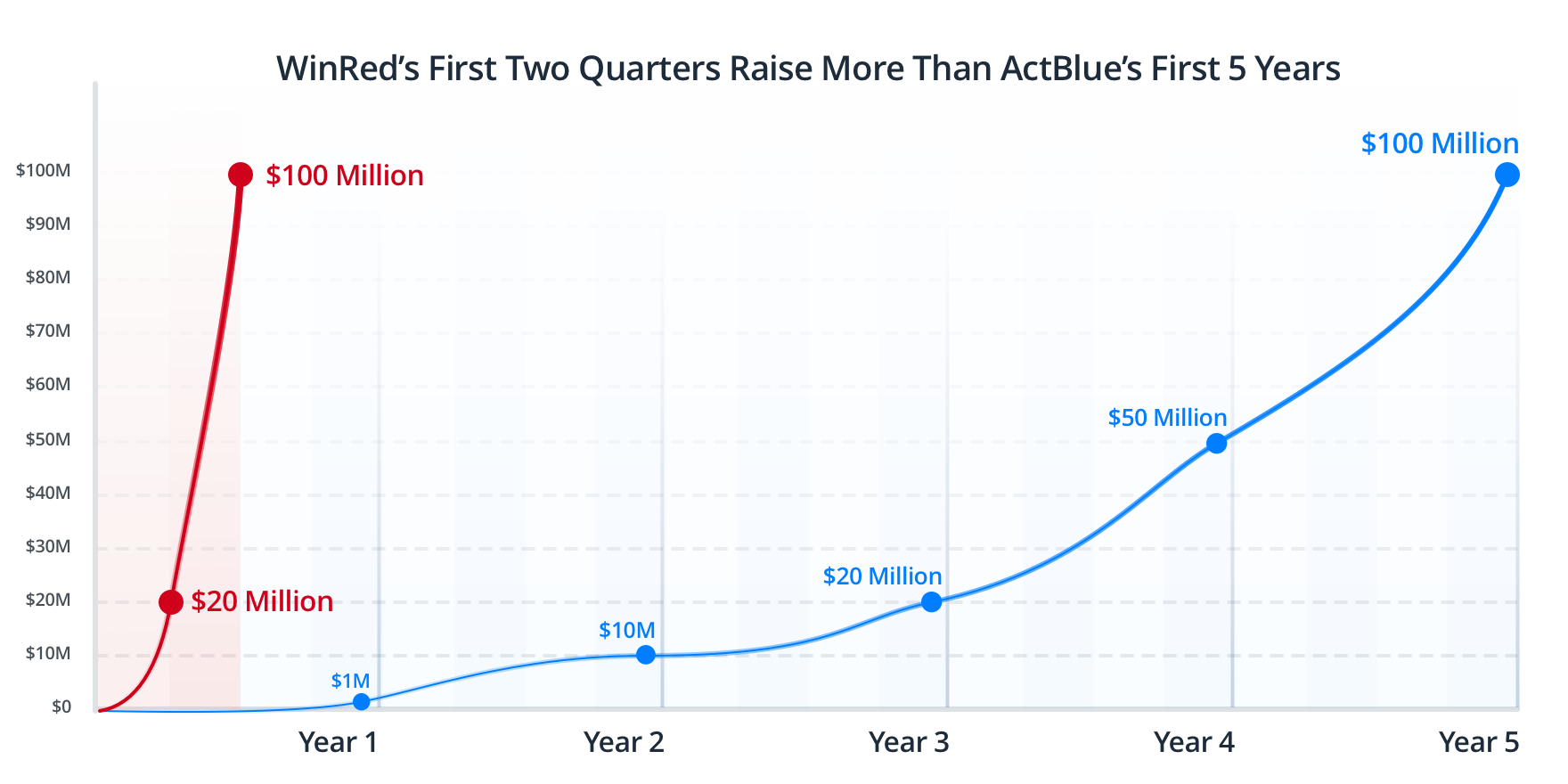 The good news doesn’t stop there, GOP candidates and committees have raised more than $70 million in the 4th Quarter of 2019 – more than double the $31 million raised on WinRed in the previous quarter.


Impeachment had a lot to do with the online money surge. WinRed donation pages that include the word “impeach” or “impeachment” raised over 300% more than non-impeachment pages. In fact, after the House Democrats formally opened their impeachment inquiry on October 31st, WinRed fundraising spiked 176% per day on average.

With the boost of online GOP fundraising, campaigns + committees nationwide continued to aggressively migrate to WinRed. Today, 100% of GOP State Parties, 80% of GOP senators, and 78% of House Republicans use WinRed. 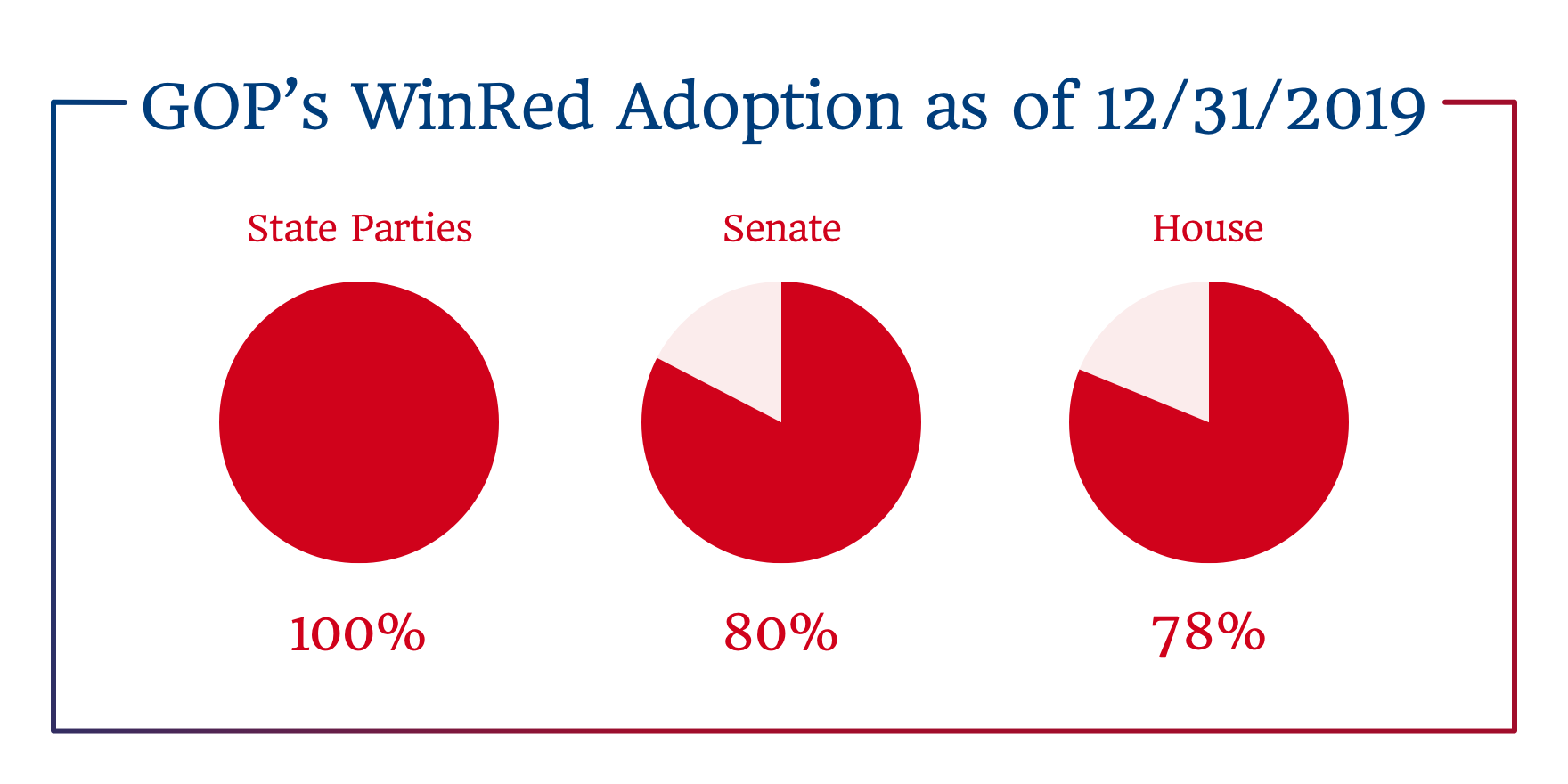 Ready to join WinRed and join the hundreds of campaigns and committees who have already made the switch?

On Third Anniversary, WinRed Marks Nearly $3 Billion For Over 5,000 Campaigns

WinRed today is marking its three-year anniversary as the premiere online fundraising technology platform utilized by Republicans. Launched in June 2019, WinRed had a big mission: ...