Today we’re proud to report that Republicans raised 30% more on WinRed in the 1st Quarter of 2020 — nearly $130 million — than it did in its first two quarters combined.

Here’s what that growth looks like on WinRed vs ActBlue’s historical numbers. Everyday we are working to make sure that there will never again be a Democrat advantage in small dollar fundraising. 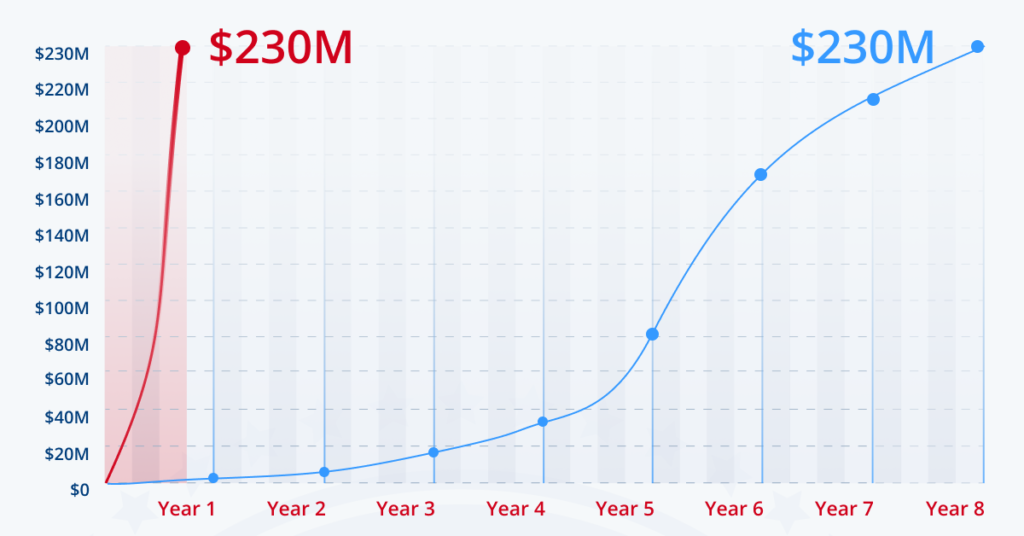 In December 2019 we created a new Upsell: Become a Volunteer. This allows anyone who donates to a campaign to then opt-in to volunteer for that campaign. 2020’s energy is perhaps most clearly on the GOP’s side when considering this stat:

The top House and Senate races in 2020 also benefit from WinRed’s conduit donation architecture. This allows big organizations like national party committees and the President to quickly and easily send small-dollar donors to other campaigns, raising huge sums for critical races that need the help:

In the 1st Quarter, more than $29 million of the total $130 million raised came from recurring donations – where donors sign up for plans to make weekly or monthly contributions to the campaigns of their choice. This is a 118% increase over the previous quarter. Additionally, with the disruption to traditional fundraising in the last few weeks, recurring donations bring stability and resiliency to GOP campaigns’ budgets.

Since launching 10 months ago, Republicans have now raised $230 million on the WinRed platform . For reference, it took ActBlue eight years to raise that much overall, and 12 years for them to have a $100 million quarter.

MEET ALLAN: Allan was born and raised in Providence, Rhode Island He graduated from Rhode Island College with a Bachelor of Arts in Political Science ...